Paying homage to her Arab roots, Gigi Hadid’s gorgeous face is gracing the cover of a historic fashion debut as Vogue Arabia is the Middle East’s first premium fashion publication. It is available in two languages and is the first ‘Vogue’ to represent an entire region. According to Vogue Magazine, it features “established and up-and-coming designers, high fashion styled with modest flair, and luxury lifestyle insights from across the Middle East with a unique Arabic twist on global high-fashion reportage.” Some of the more established designer collections, such as Valentino are seen in a couture spread featuring Cindy Bruna and Samile Bermannelli. If you have been paying attention this season, designers have been using their platform to not only envoke change, but they want to see action. “Reorienting Perceptions” is the name of this issue and it is so very appropriate given the current political climate and Trump ban!

“In one poised photograph, she communicates a thousand words to a region that’s been waiting far too long for its Vogue voice to speak,” ~ Deena Aljuhani Abdulaziz (Editor-in-Chief) 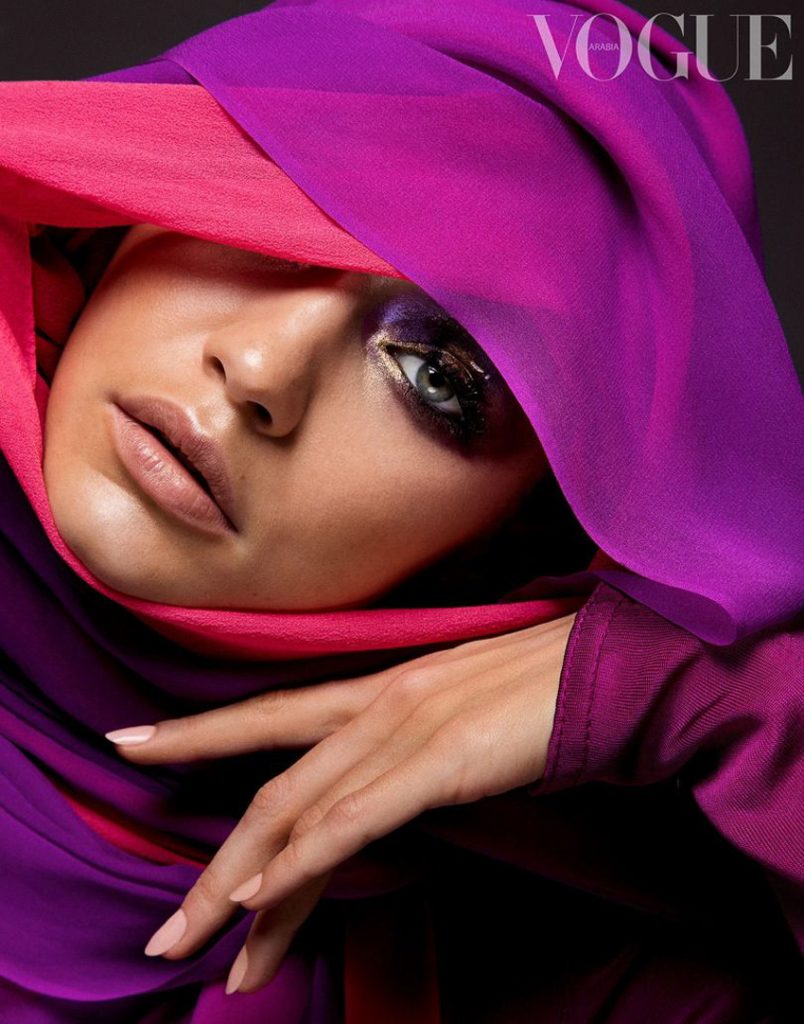 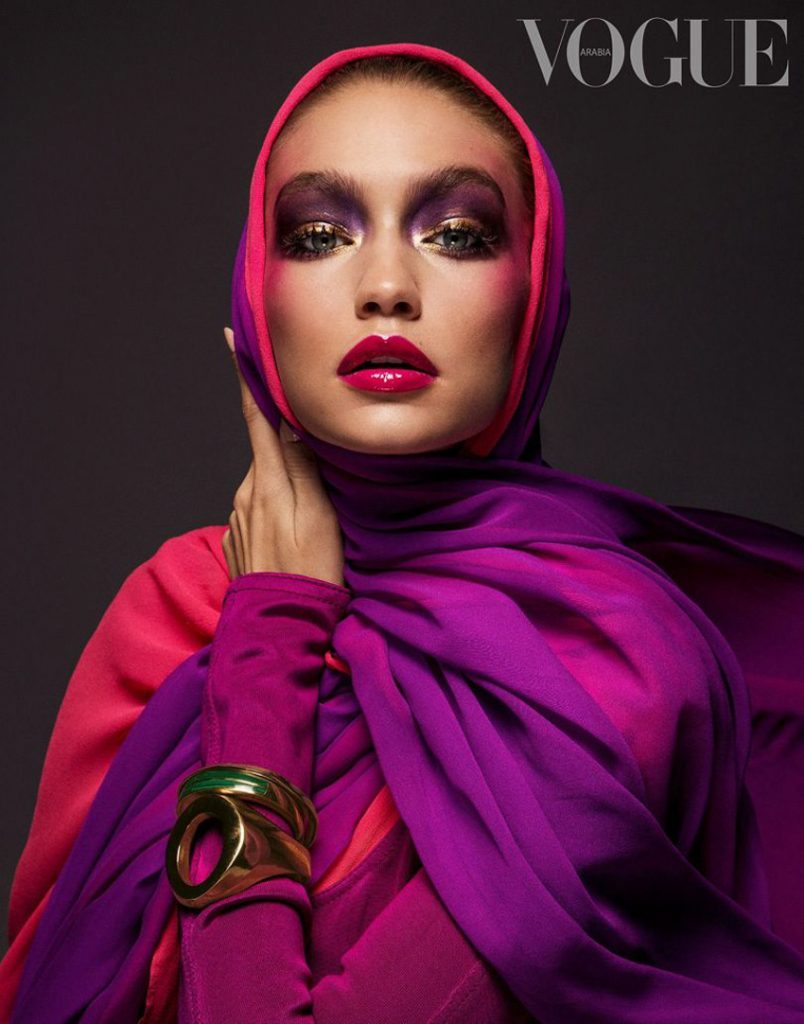